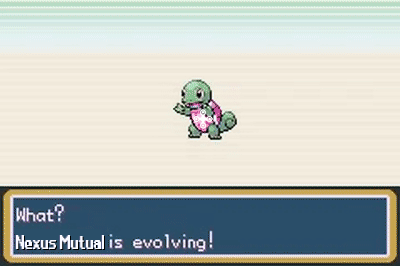 Background:
While Nexus Mutual is an on-chain autonomous organization, it is also represented by a UK-based limited company (Nexus Mutual Ltd.) that is regulatorily compliant with the FCA’s Mutual standards. This entity was originally set up to protect the core from a range of issues such as liability and tax relating to the Mutual while it was in a far more centralized state early on.

As an effort back then to remain compliant with UK regulations, it had to implement a variety of practices such as KYCing the members of the Mutual (all holders of the $NXM token). While these efforts protected Nexus Mutual during the early days of inceptions, these limitations also imposed barriers to global permissionless participation and ownership of Nexus Mutual. It complicated the user journey of acquiring smart contract coverage, prevented individuals from certain countries from participating in Nexus Mutual, and represented a challenge in properly distributing the $NXM token to the DeFi ecosystem.

Today, Nexus Mutual is in a state of decentralization and community ownership. It is now a global DAO with over 3,500+ members all around the world, processed 89 coverage claims, and an ecosystem with independently established organizations such as the Nexus Community Fund that is providing grants funding for community initiatives. Furthermore, with Armor and iTrust building on top of the protocol, we believe it is more important than ever to further increase decentralization and widen control of the protocol.

We believe that Nexus Mutual has reached a point of reasonable decentralization.

Proposal:
We believe that the need for a regulatorily compliant legal entity is no longer needed for Nexus Mutual and that it is in the best interests of the protocol to deprecate Nexus Mutual Ltd.

The decoupling of the Nexus Mutual protocol from a legal entity enables several benefits including the removal of KYC as a barrier to entry for Nexus Mutual participation and a variety of other reasons mentioned previously above.

We are requesting a maximum of $50,000 in $NXM from the Nexus Mutual community fund to begin legal due diligence for this process (all unused funds will be returned back to the community fund). We will be working with Norton Rose Fulbright on the legal analysis to produce a legal memo and with the core Nexus Team on determining the potential implementation strategy of this proposal. Norton Rose Fulbright is the original legal counsel that guided the formation of Nexus Mutual and its limited entity at the start.

This proposal is not intended to make such a decision for Nexus Mutual at this time but instead purely exploratory as a means to produce a report of how to precisely sunset the entity and the associated risks involved.

Background on 1kx
We were the first fund to invest in Nexus Mutual directly through the bonding curve and have been actively participating in community governance (see proposals: Nexus Mutual Community Fund, Pooled staking rewards and staking limits, Auditor signaling)

This seems like clearly a good use of funds. Whether you lean positive or negative on this idea, scoping the viability from a legal perspective seems like a great investment to be able to make an informed decision. Very supportive!

Such an exploratory measure would be a good use of funds, imo. Whether or not the mutual is ready to transition to a full autonomous organization through a DAO without a legal wrapper around it is another issue, but it’s not one that we can consider without some due diligence into the effects of dissolving the company limited by guarantee in the UK.

Ofc, the greatest concern would be how such a change would affect the development team from a regulatory point of view.

Thanks for tabling this, agreed it’s a good time to set the wheels in motion on this front. Beyond the legalities of this process, it would also be helpful to understand the practicalities of going full-DAO and which areas will need further decentralization before that’s feasible.

Support for this initiative, good to see it happening.

like clearly a good use of funds. Whether you lean positive or negative on this idea, scoping the viability from a legal perspective seems like a great investment to be able to make an informed decision. Very supportive!

It would be great if this can really be implemented

I also support this proposal. If it possible, it would a huge step for Nexus and the security of DeFi in general.

Agreed. Would be happy to vote for this proposal

I am very supportive of spending funds to conduct the legal due diligence, which is step 1. I think it’s important for members to discuss this, there are big pros/cons on both sides.

I’ll provide comments on the actual proposal once the facts are available.

Would it be possible to see a legal summary of such a study after it completes? A list of risks/liabilities in operating in such a set up vs current set up would be appreciated.

Given the importance of this step, would it be prudent to actually have 2/3 legal opinions on the topic?